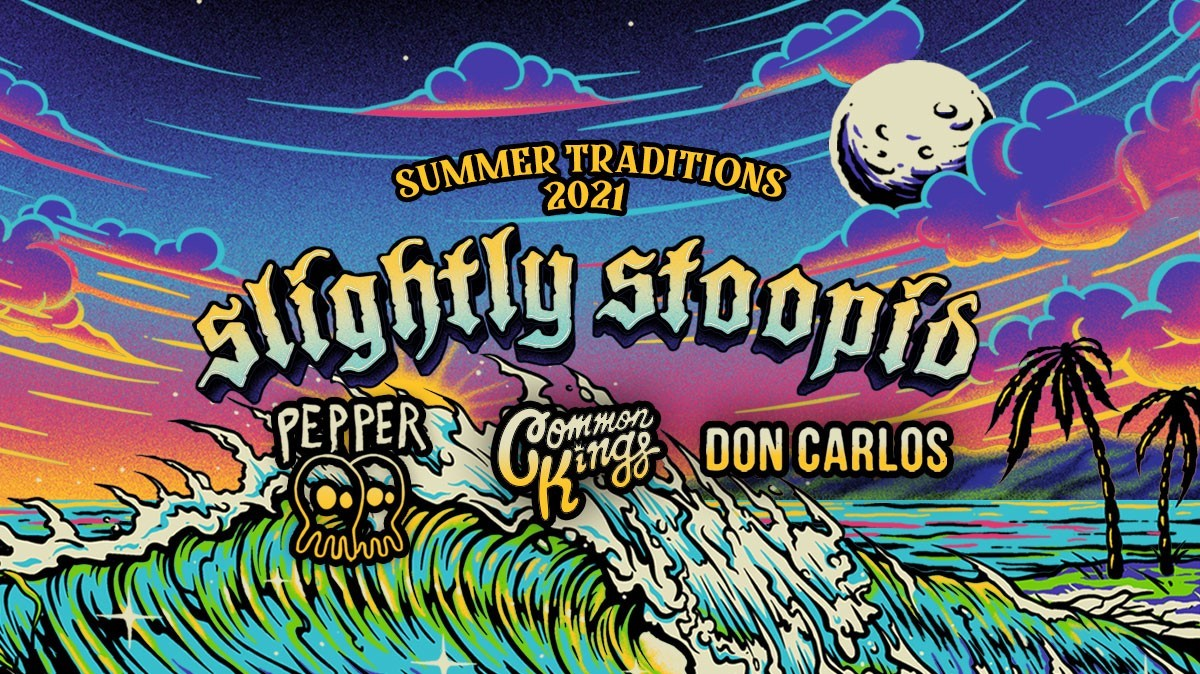 Additional shows to be announced soon....  We are currently working with promoters, cities and venues to reschedule all remaining tour dates. You will be able to use your 2020 ticket at the new 2021 date, so please hold on to your ticket and come to the most epic summertime party with us, Uncle Don Carlos, and our brothers Pepper & Common Kings. We have been looking forward to sharing the stage and spending our summer with these amazing artists and all of the loyal Stoopidheads!!

Thank you for your incredible support, patience and understanding while we navigate our way through these unprecedented times.  We hope to see everyone next summer.  We Love You ❤
- Slightly Stoopid

For the past 12 years, the Idaho Botanical Garden has been your go-to for concerts in the Treasure Valley. The Garden has helped you embrace your inner rock star and your love of nature at our Outlaw Field Summer Concert Series, and each year we have been overwhelmed by your support. The funds from Outlaw Field help the Garden keep the flowers growing, lights glowing, and music flowing. Losing money from rescheduled and postponed concerts endangers the future of the Outlaw Field and the Garden as a whole. We understand times are tough right now, but if you have the means, support IBG and guarantee another season of Outlaw Field by donating to the Idaho Botanical Garden today. 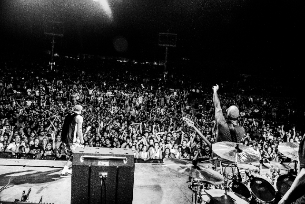 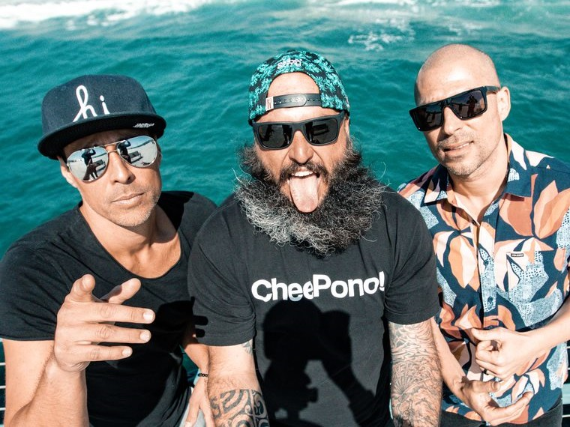 Ohana: The Hawaiian word for family, which is used to convey the sense of togetherness that transcends blood ties.

For Pepper paying homage to their roots is essential over a decade in to their celebrated career. The Southern California trio, who formed in 1997 and moved to the mainland from the three musicians’ hometown of Kailua-Kona, Hawaii in 1999, know that where they come from should always be infused in the music they create. On Ohana, the group’s seventh full-length album (4/29/16, LAW Records), Pepper embraces the feelings and sounds that encouraged them to become a band in the first place.

“Over our past few albums, we had been departing from our original sound and exploring new directions,” Bret notes. “On this album, we wanted to come back to our classic style and revisit our roots. The writing and recording process was a conscious effort to do that.”

“We wanted to strip the band down to its natural state,” Kaleo adds. “We’ve always been a three-piece band with good songs and energy and our goal was to showcase that. We’re all were really pleased with how the music came out and how it conveys the strengths of our band.”

It was important to the musicians to self-produce Ohana, which marks the first time Pepper has helmed the production of one of their albums. From their 2000 debut Give’n It to their 2006 standout album No Shame, which was recorded with 311’s Nick Hexum, No Doubt’s Tony Kanal and Butthole Surfers’ Paul Leary, Pepper has explored various methods of recording, always hoping to embody not only their signature style of music but their lifestyle in the songs. Ohana was recorded last fall in the band’s own Kona Inn Recording Studio in Redondo Beach. The building is the former home of Pennywise’s Stall #2 studio and embodies a positive vibe for Pepper, who have recently begun recording other artists in the space.

“It was time for us to take the reins,” Bret says. “We’ve been through the process with several really cool producers in the past and we’ve learned a lot from them. We have the knowledge now and it’s about not being complacent anymore. We wanted to do it ourselves, so it’s from our family to yours.”

“I really wanted to simplify everything and not overthink things,” Yesod adds. “We wanted to go jam in a room and hit record. I think we found a great balance in the studio and the end result was pure Pepper, condensed down to its purest form. It was really gratifying to be in control of the process from start to finish and know that we created every aspect of the album.”


The resulting album features Pepper’s surf rock songs, showcasing the upbeat, positive vibe elements that make the band so beloved by their fans. There is, as usual, an ever-present sense of sunshine throughout the tracks, bolstering the music’s sense of optimism. The party anthems, the beach hang melodies, the boisterous rhythms are all there, each song carefully crafted to best express sunny moments by the ocean. “Vacation,” a fun, upbeat reggae-tinged number, was co-written by Bret and production duo Diji Parq and seems, to the band, like “the Beach Boys at their goofiest.” The soulful “Never Ending Summer” is about taking full advantage of something before it ends while “Wait” evolved throughout the writing process and eventually became a propulsive crooner that feels like signature Pepper.

“Every song on this album is a great example of what we wanted to do,” Kaleo says. “That’s why there are only ten of them. We wanted to give the music our concentrated, focused attention. It’s not about the singles, but about being a whole piece. That’s why we gave it the most powerful name we know.”

“Growing up in Hawaii your Ohana defines you,” Yesod says. “It is you. And it's not just family through blood – it's family through spirithood, brotherhood and sisterhood. Ohana is truly the strongest bond that can ever be made. It’s how we feel about each other as friends and as a band, and we wanted that spirit to come through in the music itself. These songs come together to create their own version of Ohana.”

Over the years, Pepper have toured extensively with groups like 311, Slightly Stoopid, Flogging Molly and Sublime With Rome, and spent several summers on Warped Tour – and this live sensibility shows on the album, released on the group’s own LAW Records. The band’s music – both live and on their releases – is really about enjoying life and being grateful for each experience. They want to give their all to every performance and share their passion with their fans and with younger artists.

“We’re still growing a lot,” Bret says. “Our live show continues to improve and evolve and we always give it our all onstage. We have so much fun playing, even all these years later. And we’ve gotten to work and tour with so many different artists. We’ve learned a lot from them. Everything we do is done from love. We feel good to all be sitting at a table, laughing, twenty years later. It’s the three of us, just like when we were kids. Because we were together long before we were a band and we’re still such good friends. We can’t stop doing this and we don’t want to ever stop enjoying it.” 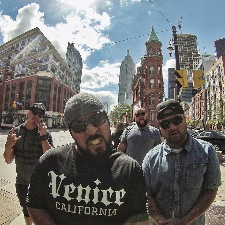 The majority of Common Kings were born in the South Pacific, and raised in Orange County, California. Growing up with households full of colorful personality and vibrant passions for music, Common Kings’ members naturally grew up forming individual musical paths. This musical journey involved mimicking and listening to artists such as Van Morrison, Stevie Wonder, Geourge Benson, Jim Croce, Michael Jackson, The Who, Led Zepplin, Gypsy Kings, Earth Wind and Fire, Bob Marley and more. The culmination of these musicians explains exactly who the Common Kings are.

Where everything comes to a point is through lead singer Sasualei “Jr King” Maliga. Jr King is perhaps one of the most powerfully impressive vocalists amongst today’s leading artists. Born with this untrained raw-talent, Jr King’s singing ability seems boundless, as he amazes listeners with a wide range of belting notes and soulful passion. His humble demeanor off-stage needs no introduction as to when the band is rocking out on-stage creating a young, wild, and free atmosphere.