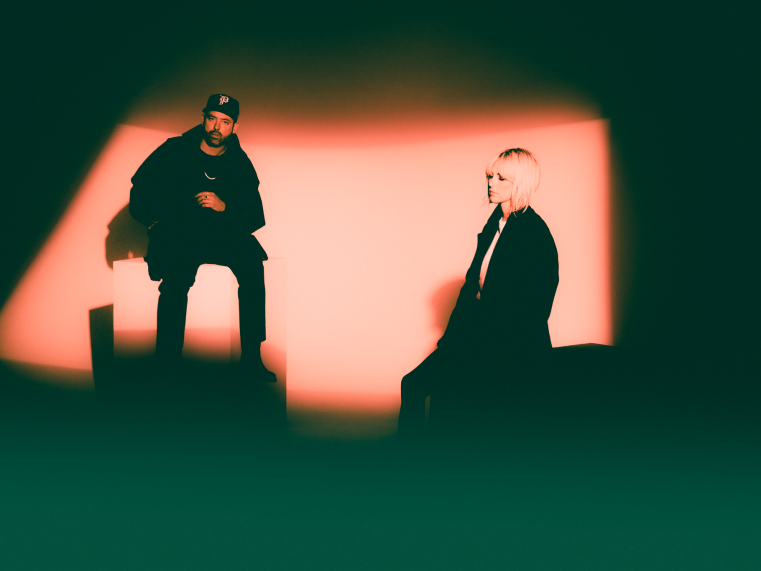 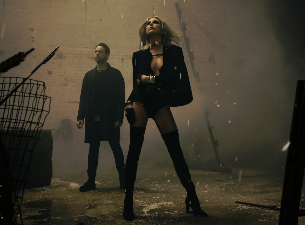 Can a band working in relative isolation craft music that resonates with listeners around the world? Can that band and its music evolve and connect with an ever-widening audience without sacrificing quality or compromising integrity?

When the band in question is Phantogram, the answer to both is unequivocally “yes.” And Voices provides indisputable proof.

The New York duo’s second full-length album catches the ear quickly, melding hazy dream pop, dark atmospheres, and head-knocking rhythms into a compelling, original sound. Opener “Nothing But Trouble” contrasts waves of distortion with Sarah Barthel’s beguiling soprano, underpinned by Josh Carter’s gritty urban beats. Moments later, the staccato vocal hook and layered rhythms of “Black Out Days” drive the listener deep into a fever dream of echo and atmospherics. But do not confuse immediacy with instant gratification. The impact of Phantogram’s songs intensifies over time.

Since 2007, the Phantogram sound has evolved gradually and organically, and the band’s career has mirrored that progress. Formed in Saratoga Springs, a small city in upstate New York, longtime friends Carter and Barthel crafted music untroubled by outside interference. With each new release and national tour since 2009 debut Eyelid Movies (Barsuk), their sound has progressed—and so has their popularity. Yet Voices makes no concessions to commercialism. From inception to execution, Phantogram’s second album stays true to the aesthetic that has won them a wide, disparate fan base.

The making of Voices hewed closer to its predecessors than the band first intended. Although now based in Brooklyn, they retreated to familiar turf to minimize distractions. “We tried writing in Los Angeles, we tried writing in New York City, but we had to head back to upstate New York to get some peace and quiet,” says Barthel. Only after the initial songwriting was completed did they decamp to LA, where Carter would team up with co-producer John Hill (M.I.A., Santigold) to record and put the finishing touches on the band’s sophomore album.

Although hip-hop is a key influence on their music, the division of labor in Phantogram doesn’t neatly split into clear cut old school roles of DJ and MC. The two members share creative responsibilities. Carter sings lead on two new tunes (“Never Going Home” and the percussive “I Don’t Blame You”) and Barthel assumed a bigger role in production on Voices. Sometimes they write together in the same room, at others they split up; immediate proximity isn’t a prerequisite after years of collaboration.

Discipline and innovation have won Phantogram admiration from well-seasoned peers. Acclaimed music supervisor Alexandra Patsavas (The Twilight Saga, Gossip Girl) solicited an exclusive track (“Lights”) for the soundtrack of The Hunger Games: Catching Fire. The duo joined forces with the Flaming Lips for “You Lust,” a thirteen-minute epic showcased on the Oklahoma combo’s 2013 album The Terror. “It seems crazy that artists that we admire want to create music with us,” admits Carter. “That is huge compliment to us and all our hard work.”