Bowling For Soup & Less Than Jake: Back For The Attack Tour 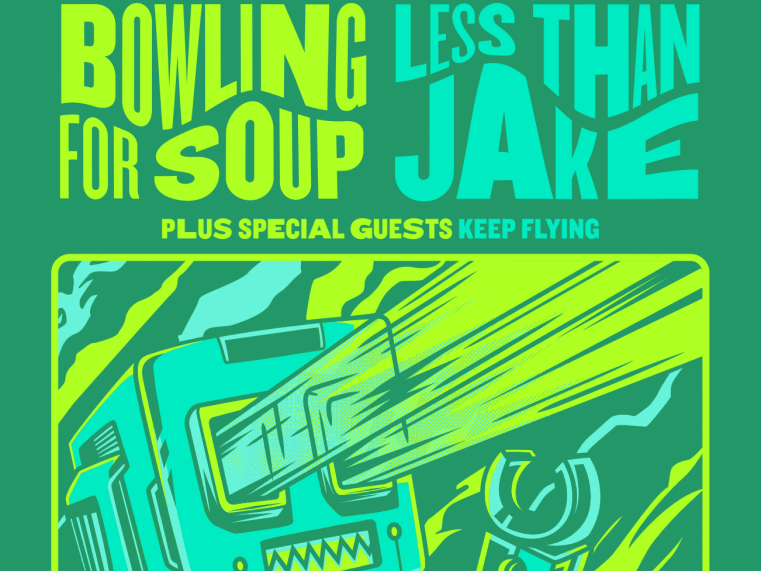 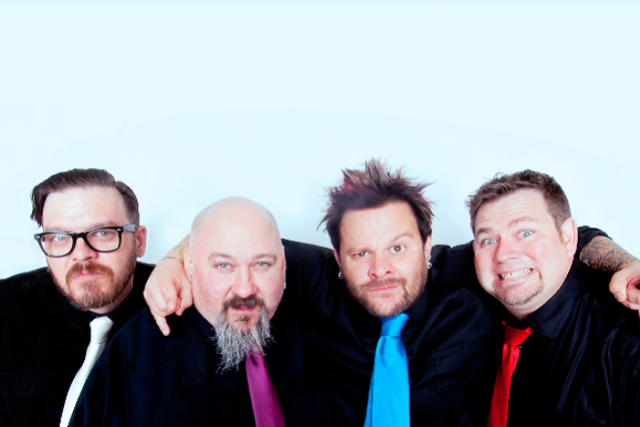 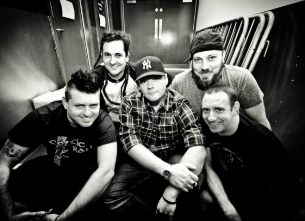 Twenty years into its pioneering journey, Gainesville, Fla., natives Less Than Jake – comprised of lyricist/drummer Vinnie Fiorello, vocalist/guitarist Chris DeMakes, vocalist/bassist Roger Manganelli, saxophonist Peter "JR" Wasilewski, and trombonist Buddy Schaub – have had their fair share of moments. For a band obsessed with interacting with its fans, both online and after shows; for a band that is so concerned with making sure the fan gets the perfect experience, with well-known hijinks in every live performance; for a band with seemingly unlimited creativity in the form of physical products, from custom-made cereal boxes to unique vinyl packaging; and for a band that is so passionate when writing new music, 20 years begins to seem like an even longer amount of time. A lot of moments add up over two decades – teenagers grow into men over two decades – dare we say, things change?

Ever-adapting to the constant change in an unsure music industry, Less Than Jake is still making cannonball-sized splashes in the deep end while many of its peers timidly eye shallow waters. With the release of Greetings And Salutations this sentiment is as true as ever. The twelve-track release recorded at The Moathouse in Gainesville and produced by Less Than Jake's own Roger Lima, includes both limited edition EP's Season's Greetings and Greetings From Less Than Jake plus two unreleased songs.

The twelve tracks are pure unfiltered LTJ, Sunny ska mixed with barn-burner punk rock, more intended to get long-time fans and first-time listeners warmed up and moshing in their living rooms and singing along to every lyric. Keeping its signature mix of punk roots and horn-driven melodies, songs like "A Return To Headphones" and "Finer Points of Forgiveness" take the best of old-school Less Than Jake and put on a fresh coat of paint for an amped-up listening experience.

Drummer Vinnie Fiorello puts the release into perspective "We had been writing music in short creative bursts for the last year but looking back at all the songs they wound up more of a cohesive thought, following the moods of the seasons of the year, from the winter through the summer. Greetings And Salutations is as much moody and tense as it is casual and laid back…" 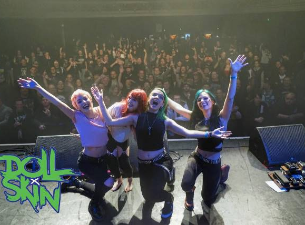 If life was a comic book, Doll Skin would be right at home in the larger than life color pages. Four Glitter-fueled, teenage, punk rock superheroes, wielding mighty guitars, as they battle tyranny and oppression with adrenaline fueled rock anthems. But don’t get the wrong idea, Doll skin is just as much The Runaways, as they are Josie and the Pussycats. And in that polarized dichotomy lies the heart of Doll Skin, young, pretty, and dangerous. (Imagine if teenage Harley Quinn started a band.) All that aside, Doll Skin is far from just a gimmick with a pretty face (ok, technically 4), these girls really know how to rock, pounding out heartfelt “glitter punk” crafted with a skill well beyond their young years

Formed in Arizona in 2013, Doll Skin, Vocalist Sydney Dolezal (16), Guitarist Alex Snowden (16), Bassist Nicole Rich (17), and Drummer Meghan Herring (19) came to the attention of Megadeth bassist and co-founder David Ellefson, who took the band under his wing, and together they began a sonic assault on the West Coast, playing shows with Green Jello, DRI, SLUNT, and many more, through Arizona, California, etc.

Doll Skinreleased their debut album “In Your Face” October 30, 2015 through Ellefson’s own imprint via legendary Metal label Megaforce, (also known as the launching pad for legendary big 4 thrash bands Metallica and Anthrax and many more.) which sees Ellefson handling producing duties as well.

Says Ellefson,”When I was first introduced to Doll Skin, I knew there was something really special there. Through working with them as a Producer, it became even more apparent what these girls were capable of. I’m really excited to be working with them, and able to unleash them on the World, through Megaforce, no less.”

Vocalist Dolezal echoes David’s sentiment.” Working with David has been one of the most amazing experiences you could imagine. He’s such a cool guy, and a great producer, and has created such amazing opportunities for us. Every day it’s kinda like, pinch me, ya know? We’re so excited to finish this record and finally release it.”

The band has also wrapped production on a video for the first single “Family of Strangers”, which was released in October.