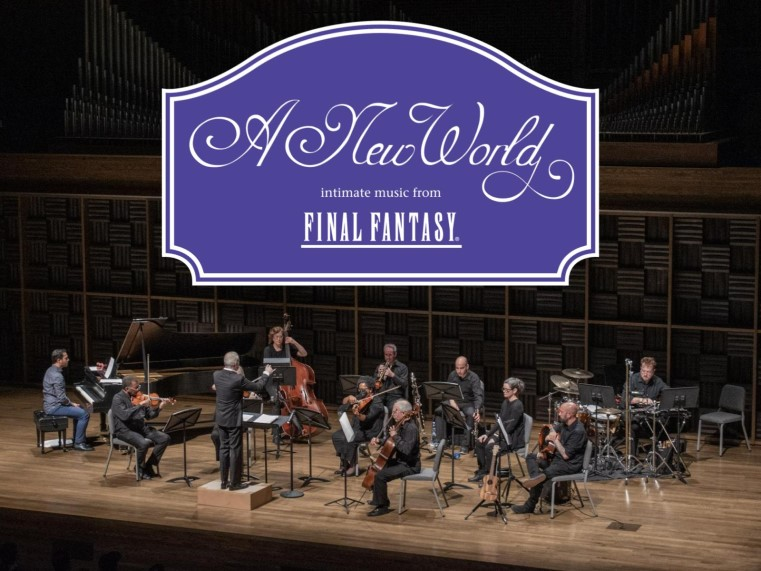 A New World: intimate music from FINAL FANTASY has performed spectacular concerts for spellbound audiences on four continents since its 2014 debut. Beloved musical selections from composers Nobuo Uematsu, Masashi Hamauzu, Naoshi Mizuta, Hitoshi Sakimoto, Yoko Shimomura, and Masayoshi Soken are performed in a transparent and engaging format, achieving an astounding variety of musical textures and moods. The A New World experience is fresh every time, drawing audiences deeper into the musical worlds of FINAL FANTASY.