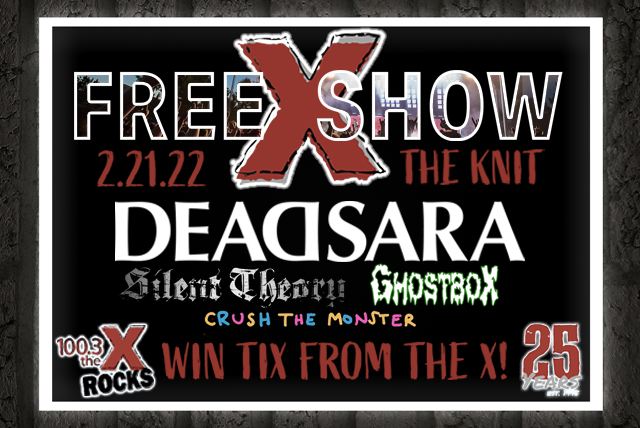 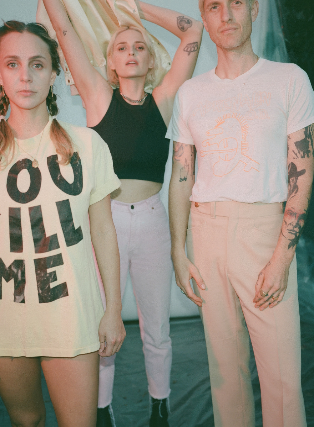 Dead Sara’s third album and first for Warner Records, Ain’t It Tragic, is what the band has strived to achieve for their entire career. The songs, which mark a turning point for the Los Angeles rock trio, were written, recorded, and produced during the pandemic, showcasing the musicians fully coming into their own, on their own. Co-produced by drummer Sean Friday along with Noah Shain, who helmed the band’s prior two full-length albums, the album resonates with catharsis and authentic vision, propelled by a desire to take things to a higher level, musically, melodically and lyrically.

While Dead Sara; Emily Armstrong (vocals/guitars/songwriter), Siouxsie Medley (guitars/backing vocals) and Sean Friday (drums/programming) had started writing a few songs for their next album ahead of the pandemic shutdown, in April of 2020 they realized there was nothing left to do but make music. The band encased themselves in their rehearsal space and began recording the album as a trio, with virtual input from Shain along the way.

“Deep in the making of this album, in the thick of the pandemic, we had nothing to do but write and record music,” Armstrong recalls.  “Amid all that was happening in the world and the day-in day-out in the studio we let our guards down and let whatever happen, happen…losing our minds. We needed to do this ourselves for it to be as honest as possible. It was very cathartic and very satisfying. We stripped away everything to get to the core of what makes a great band and that’s getting in a room and just recording. In a way, we went back to where we started as musicians.”

A few songs, including “Heroes” and “Hypnotic,” date back several years, first written when the band was conceiving their 2018 EP Temporary Things Taking Up Space. Instead of discarding them completely, they set the songs aside, revisiting them with a fresh ear while recording Ain’t It Tragic. The band spent nearly a year locked inside their rehearsal space, writing, and recording parts as Friday honed his production skills. It was an intense process and immensely challenging, made more so by the fact that the room had no windows.

“We wrote and rewrote things a lot, and there was quite a lot of trial and error,” Medley explains. “It was about that attention to detail. We went over each part and each chorus and each line so many times to ensure we got it exactly right. We really tried to make every song the best it could be. I love our other albums, but they were young and free and more laidback. This was made in a very different way.”

“There was a learning curve, but I think we really rose to the challenge,” Friday adds. “We had more responsibility and more control, instead of having to rely on anyone else. It’s really cool to have made an entire album on your own in your rehearsal room. I’m really proud of that and we can move forward knowing we have everything we need to make many more albums in the future.”

The frustration felt in the studio comes through in the songs, which are raw and hard-hitting, harkening back to Dead Sara’s early tracks. The album includes “Hands Up,” an explosive single released in 2020, and “Gimme Gimme,” a raucous song that Armstrong describes as a “release from being fucked over and teetering on taking the high road out of it or just perpetuating more that only hurts me in the end.” “Heroes,” a surging rock number, underscores the reality that the world isn’t all it’s cracked up to be, while introspective album closer “Losing My Mind” is a vulnerable glimpse into Amstrong’s psyche.

“A lot of this comes from a time when I was in the worst shape of my life,” the songwriter reflects. “I was in the darkest, deepest depression you could possibly imagine, and I did pull from that. I had to realize these songs to help get the darkness out of myself. Speaking about something can help you get out of it. It was brutal for a while and that’s what fueled this.”

“Uninspired,” a howling, angst-ridden track, was the only song actually written during the recording process, reflecting the band’s state of mind as they attempted to navigate how to be inspired in an uncertain world. The song emerged in only a few days and became a way to channel the anxiety surrounding the band. “Everything felt so unclear,” explains Armstrong . “And everyone kept saying, ‘I bet you’re so inspired as an artist.’ But I wasn’t. I didn’t even know what that meant anymore. My idea of what was important in life shifted and I had to put it all into perspective.”

Medley adds, “‘Uninspired’ really encapsulates all the frustrations of everything that’s been going on for the last few years. From glitches in the studio to the pandemic to trying to pay our rent—everything. You can hear us getting it all out in the song.”

For Dead Sara, who formed in 2005 Ain’t It Tragic is both the creative apex of years of hard work and the opening of a new chapter. Since their 2012 self-titled debut, the band has asserted themselves as an impressive live band, touring with Muse, The Offspring and Neon Trees. Their dynamic last album, Pleasure to Meet You, was released to great acclaim in 2015. All of these experiences have culminated in the experience of creating this album, which sets the bar even higher for the already successful group.

“This album is something we’ve always wanted to do,” Armstrong says. “This process is the realization of that vision, but it’s also the beginning of something. We went deep into it. Nothing else mattered in the world. We didn’t even know if the world was going to exist when we left the studio. It was very cathartic, and I want other people to have what we were experiencing in that moment—the magic that comes from letting it all go in a song.” 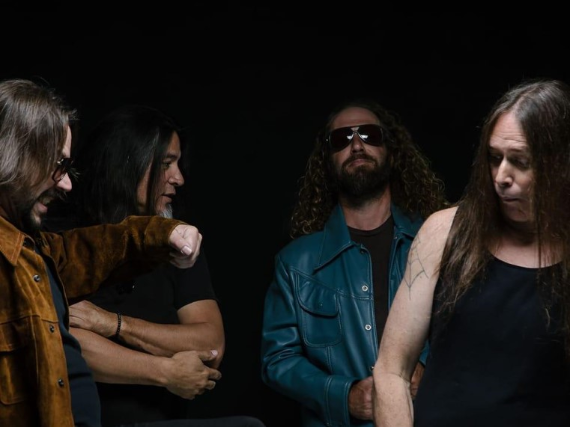 Ghostbox was formed in the spring of 2013 with the intention of taking over the world and has had the privilege to open for several national acts such as Soulfly, High on Fire, Lords of Acid...just to name a few, and the honor to share the stage with the best local talent in Southern Idaho and beyond. Available now is the "Visions in the Sky" EP, which follows up the 2015 self titled debut "Ghostbox". Be sure to pick up the EP and see the live show, your soul will thank you.